Roanoke is served by a comprehensive network of State and Federal roads, placing half of the U.S. population within a 12-hour drive of the City.  Major routes through Roanoke include: 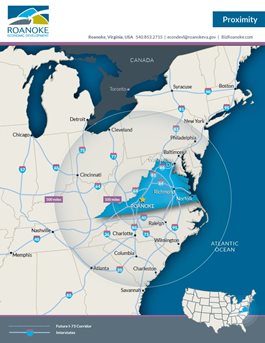